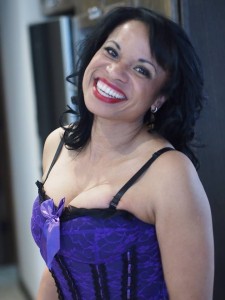 Miss Vee is ecstatic to be making her solo teaching debut, in Alberta, with Dance Through Life Studios.

She is originally from Ontario where she started studying dance at the age of three with Lois Laxton Dance Studios. She has studied many disciplines intensively over the course of her dancing life including: Ballet, Tap, Jazz, Modern, Contemporary and Musical Theatre. In her dance career, she has been on two tours of Europe with the Ontario Youth Concert band as the dancing accompaniment, she has performed at Hamilton Place and had her first TV appearance on Tiny Talent Time at the tender age of six. She had an invitation to audition for the National Ballet of Canada, at the age of 10, where she received training from some of ballet’s greats. She was also a competitive dancer for many years in all disciplines winning many awards and accolades.

After her ‘classical’ dance training, she was eager to learn more. She started training in Ballroom dancing, in her early 20’s, with Fred Astaire Dance studios in Ontario. She went through their intensive teacher training course, and then taught American Style Ballroom dancing. When Miss Vee moved to Alberta in 2005, she dusted off her dancing shoes, traded them in for cowboy boots and started training in Country Ballroom Dancing. At her first World Country Ballroom Competition, with only a few months training under her belt, she won 3rd place for her Country – Cha Cha Cha.

She has since found her dance home again at Dance Though Life Studios, where she was able to re-connect with her ballet soul and her zest for dance as an art form.

This error message is only visible to WordPress admins

Get news and events to your inbox!